So last week as I was greeting Linda (founder of Chikumbuso), Mr. Banda comes to me and says “we have a problem at Gertrude’s”. Gertrude is the Principle at Chikumbuso and lives on the property. So I excused myself from our conversation and walked back to the main area between the safe haven, the sewing room and the kitchen (yikes!). Mr. Banda shows me what looks to be the start of a sink hole. So I stepped on the concrete and it moved up and down a few inches. UGH, just what I needed. I grabbed the pic and took a couple swings and found sludge! Yup, five years’ worth of poop. The soakaway (septic) system had collapsed. I kept digging for a bit to find out that (1) the person who put this in did a half a$$ job and (2)  it has not been maintained in almost five years.

I found Linda and explained the situation,. She called the man who installed it (Mr. P) and put me on the line. I asked him to come out and explain to me how this happened and what he could do about it. He sent some people and they explained that it wasn’t their fault and that I didn’t know what I’m talking about. But they are more than willing to redo the job for a price. Well, I didn’t make any new friends that day as I told Mr. P I felt it was at least 80% his fault. His reply was 10 minutes of telling me I am not a man and I should not insult him. I never got a second to talk. No worries, Chikumbuso quit using him a few years back because all his work is done poorly and only lasts a short time.

Day 1. We came up with a plan to teach some of the older school boys how to put in a proper soakaway and explained the value in doing it right the first time and your reputation will proceed you. I even offered to pay them a little something because it was a big dirty job. They agreed and we started making a plan.

Day 2. I hired a couple of local people to do some of the more (let’s say… the nasty parts) so the students wouldn’t have to be in the sludge as much. The guys who scooped out the holding tank took 120 (!) 25kg bags of waste! It took 4 hours for them to get this all out and hauled away. It was not a pleasant smelling day at all. Meanwhile, the students were digging away where the system failed (separate from the soakaway area) and filling as many bags with sludge as we could before they left. We still ended up with two full truckloads of sludge to haul away. Amazing!

On day 3. We were lucky enough to get so extra help from some of the Marines! What a huge help that was. I took two guys to go get five loads of rock, a load of sand and gravel and some cement. It sure does help to have young fit men to do all the hard stuff. The other three stayed and helped finish digging the 2.5 meter deep hole and had already started filling it by the time we got back with the 3rd load of rock. With the help of the Marines we were able to get done over a day ahead of schedule!

After a scrubbing with some bleach near the kitchen, the cooks were back at work and ready to make food for all the kids on Monday. What could have been a week or so process without all that help we turned around in 2.5 days. Thank you all. 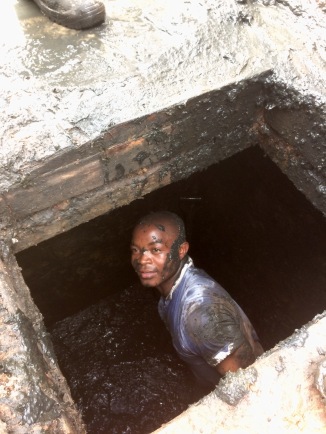 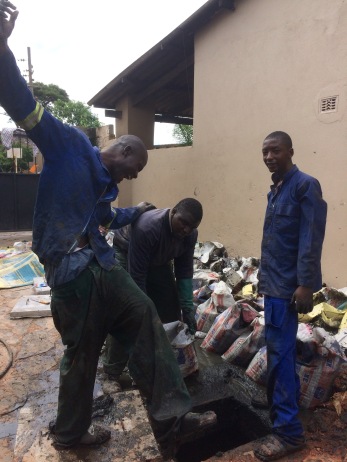 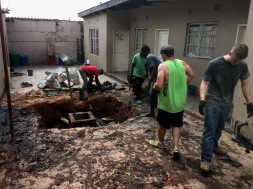 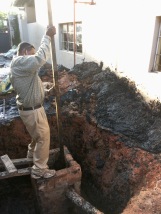 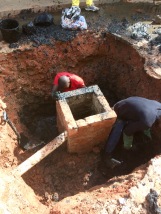 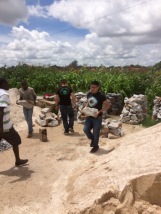 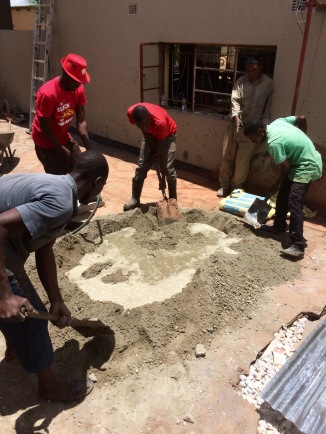 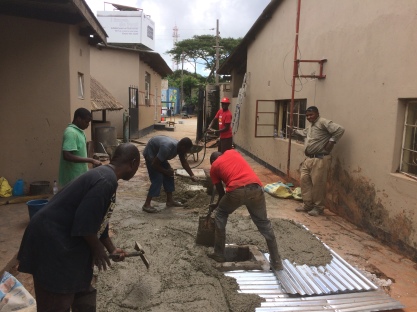